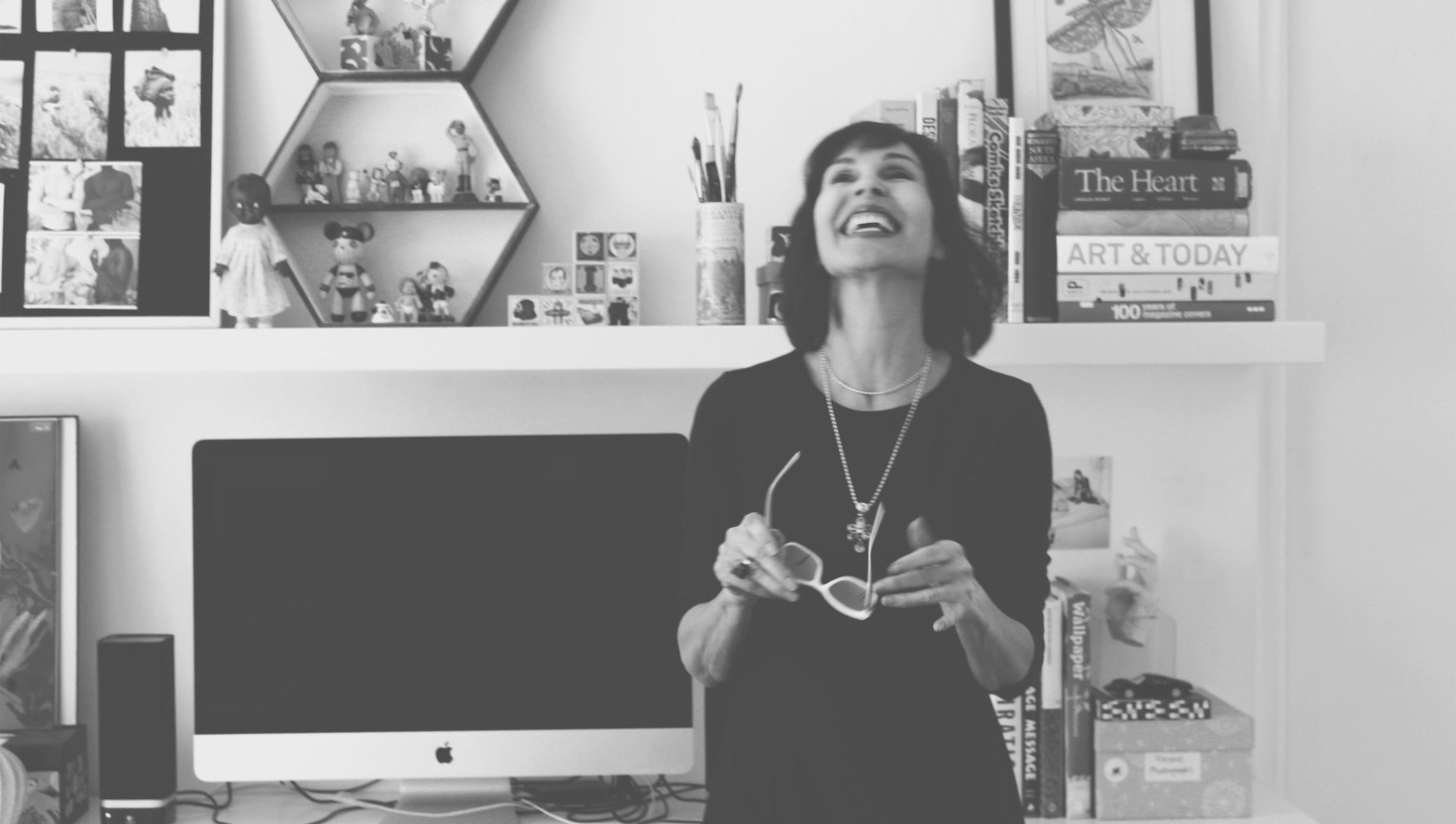 A life in layers

Karin Miller didn’t have to do much soul-searching to realise that she was an artist. Inspiration found her early in life, and as a child she found herself absorbed in drawing and creating cut-and-paste collage. She spent her childhood as an introverted dreamer, inspired by everything from Marvel comics to Bible illustrations.

Karin was born and educated in Pretoria, South Africa. After studying graphic design at TUT, she worked as a graphic designer in Johannesburg for 15 years, before returning to leafy, sub-tropical Pretoria, creating a garden-sanctuary for herself and her family as she started exploring the then-new world of digital art.

She fully immersed herself in the medium after taking a course in Photoshop in 2001. For her earliest projects, she took old family photos, bringing long-forgotten people back to life in surreal, dreamy settings.

A pioneer of the digital style and medium in South Africa, Karin disregarded the former tentative attitudes that digital mixed media art received from exhibitors, drawing on childhood experiences of making collages and intricate artworks from magazine cut-outs in perfecting her idiosyncratic aesthetic. As can be seen today, her indifference to this stance from the artistic community has paid off, making her a forerunner in the field and an inspiration for young artists.

In the early to mid 2000s, when political commentary was reserved for a select few, Karin’s art gave her a unique voice in delivering commentary about South African society, history and politics. Her colourful, often playful depictions of momentous societal issues had as many layers of meaning and significance as they had layers of digital manipulation. Woman’s rights, racial equality, ethnicity, beauty, vanity and religion were frequently addressed, embellished with a unique South African flair through the presence of indigenous flora, symbols of the local lifestyle and familiar faces.

Never one for the mainstream, Karin veered away from political commentary when social media turned everyone into an “activist”. Instead, she decided to focus instead on the intricacies of nature, patterns and unexpected beauty, as can be seen in her more recent work – although societal commentary often still makes a subtle appearance every now and then.

For Karin Miller, art is not merely an act of escapism, but a multi-layered journey of thought and reason. Karin does not pretend to have the answers, but relishes in asking questions about life and beauty. Although seeking solutions to these questions is not an outright motive of her art, she has honed her stylistic voice and media in such a way that inquisitive minds can feel themselves drawn towards pursuing the answers in the subtle details and iconography of her work.